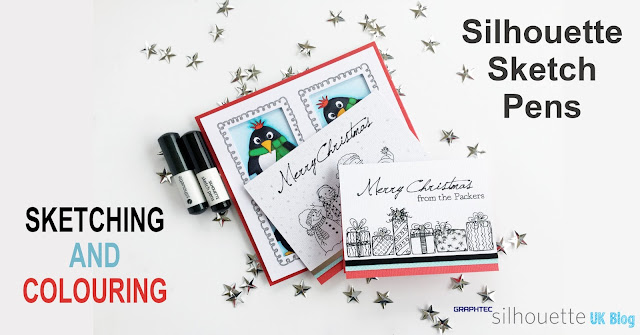 Hello again, Janet here with some ideas and a tutorial on how to use the Silhouette® Sketch Pens to make some unusual Christmas cards with a hand-drawn look. The same techniques can be used for cards at any time of year, of course, but I was eager to get my Christmas cardmaking underway. 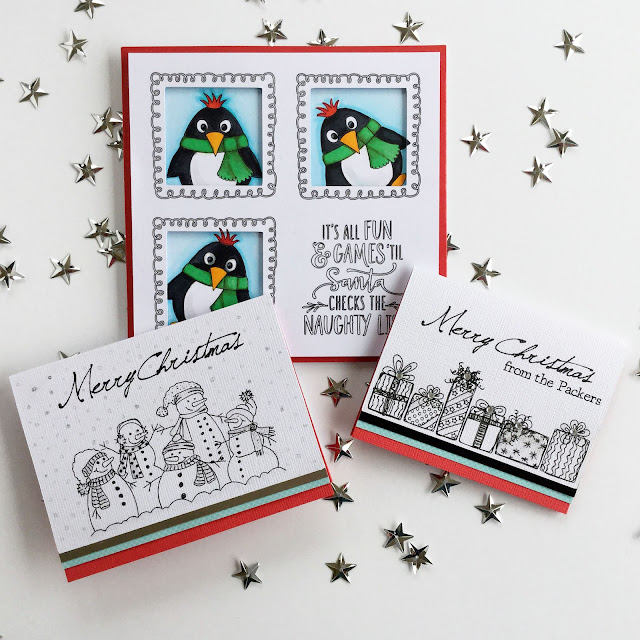 The Silhouette® Sketch Pens can be used in place of a cutting blade so that your Silhouette cutting machine (Cameo, Curio or Portrait) instantly becomes a drawing machine. The pens come in sets of four, eight and twenty-four. For this project I used the following pens:
Note: the starter set contains a download card for 10 exclusive sketch designs from the Silhouette Design Store - a nice bonus! 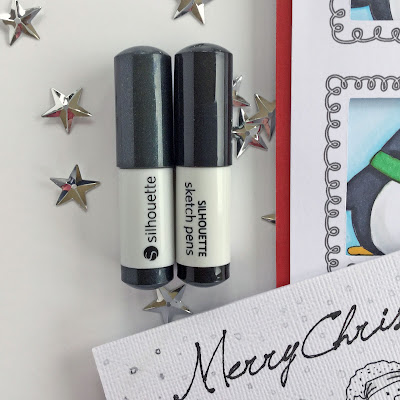 For the smaller cards, I used sketch designs from the store (filter the designs by 'Sketch' Cut Type), but used some easy methods to change them up a little. 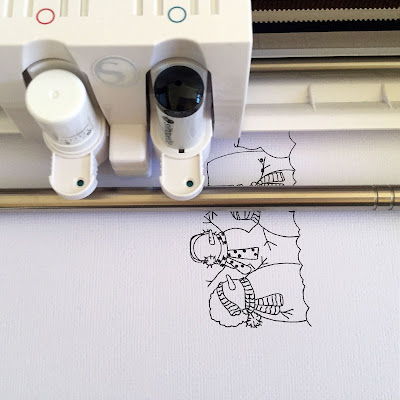 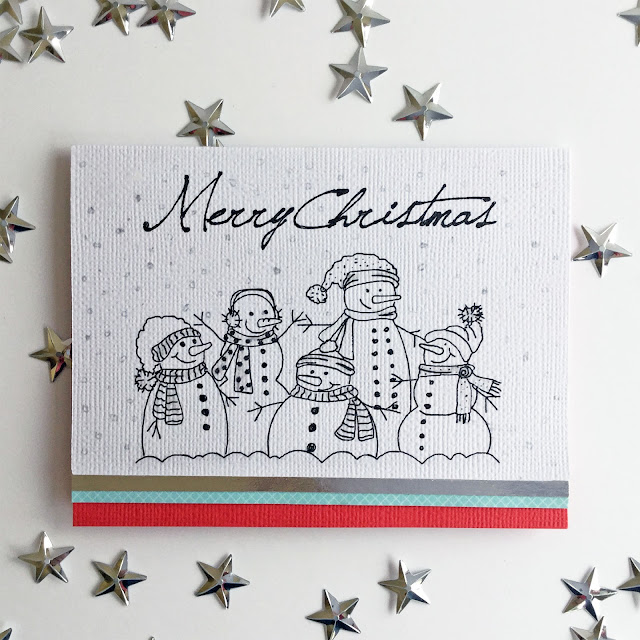 To make this card use the Snowman Sketch Card by Rivka Wilkins from the Silhouette Design Store. To sketch the design in more than one colour, it is possible, though time consuming, to release the compound path on the design and select the pieces into groups by colour, drawing on the card one colour at a time. Quicker though, to draw the black parts first and to pause the machine manually before it starts to draw the snow flakes, substituting the black pen with a metallic silver one.

Prior to drawing, change the line colours to differentiate cut lines from drawing lines. Select 'Cut by Line' choose the 'Sketch' action and the blue holder.  Reduce the force on the sketch pen to the lowest setting that will draw, and use a newish mat with minimal cut lines and other surface inconsistencies. 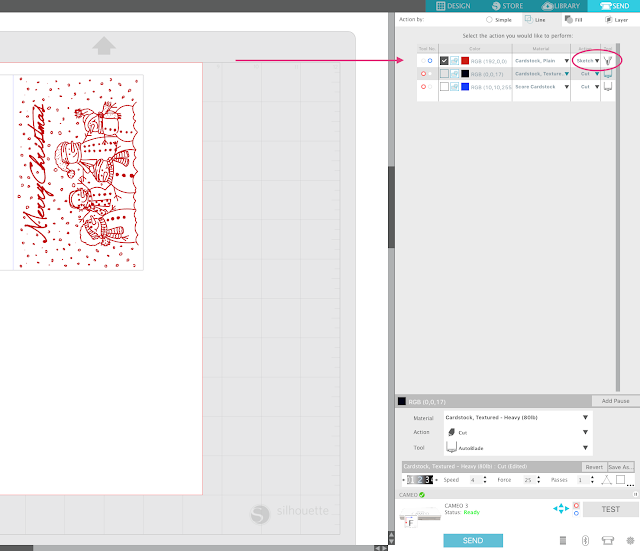 A few stripes of coloured card and a lick of glitter brush pen complete the card,  adding more colour with little extra effort. 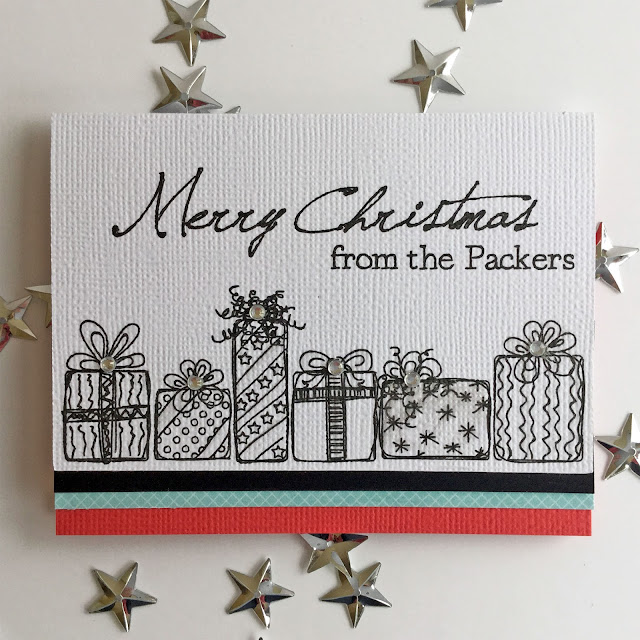 To make this card use the Presents Christmas Card by Rivka Wilkins from the Silhouette Design Store.

Add some text in a complimentary font (I used JW Sketch Serif Font).  Instruct the machine to draw this part twice by copying the text and using 'Paste in Front'. The remainder of the card draws perfectly with one pass as the design already includes multiple lines. As for the card above, reduce the force on the sketch pen to the lowest setting that will draw, and use a newish mat with minimal cut lines and other surface inconsistencies (I used a force of 10, for my Cameo 3, v4.1). 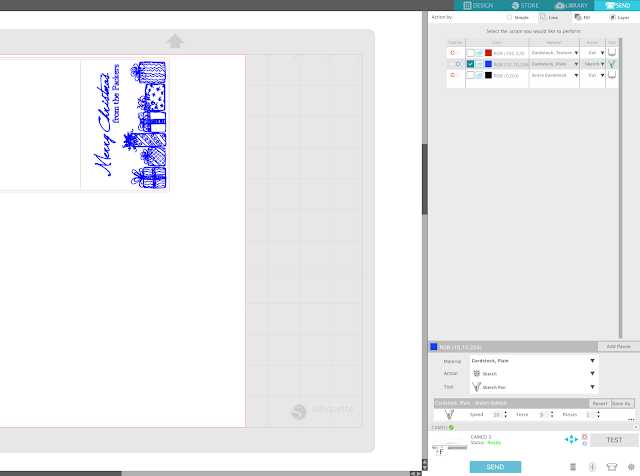 Finish the card with strips of coloured card, glitter brush ink on the ribbons and bows, and some clear gems on the bow knots (they don't show up well in the photo, but add a lovely sparkle in reality). 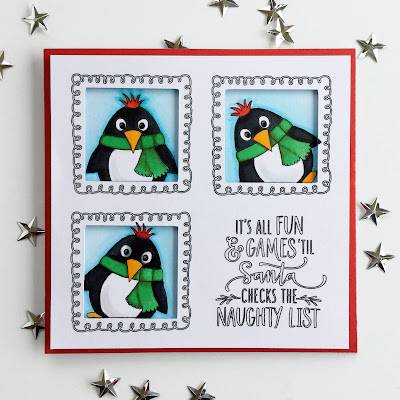 To make this card I used three regular cut files from the Silhouette Design Store.  The card front is made in two parts; one with the penguins, and other with the frames and greeting.

The frames and greeting files can be drawn as they are, but the penguin needs some adjustment as there are some lines that cross and would spoil the drawn effect. The parts are all separate, so ungroup all the pieces and arrange them as you'd like them to be drawn. Zoom in on the penguin and, using the Eraser tool, erase the lines that you don't want to be drawn. Ensure that the eraser settings are set to outline, and reduce the eraser size to something that you can work accurately with. 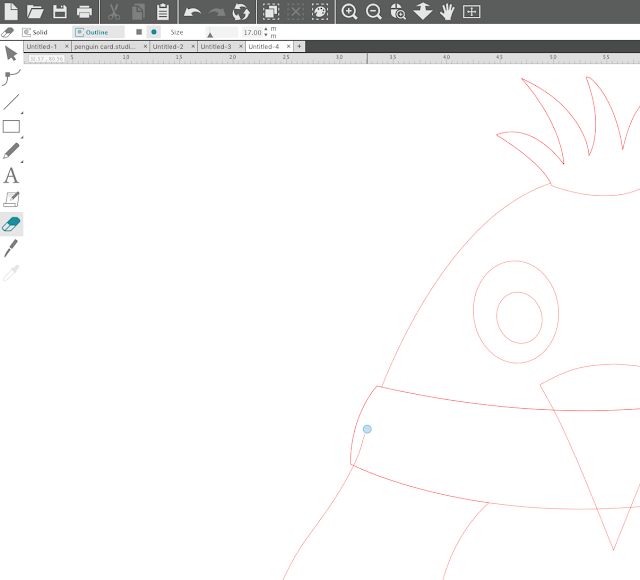 Lay out all the elements as they will appear on the finished card, resizing as necessary. Add some squares to cut inside the curly frames and a square around the outside to match the card front. Duplicate the exterior square by copying it, and then 'Paste in Front'. 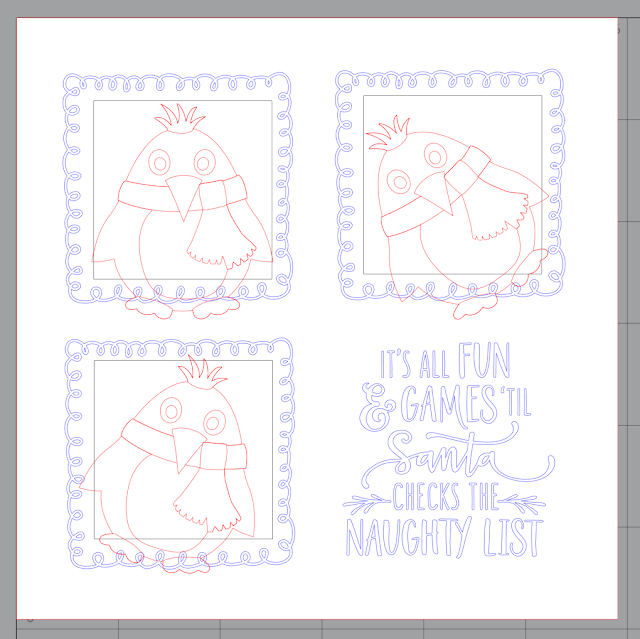 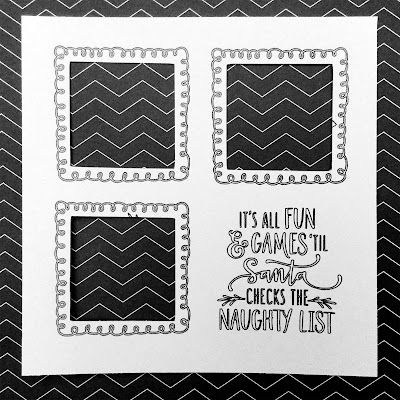 Then draw the penguins with the regular black pen and cut out the exterior square.  In this photo I have cropped the penguins and added some additional larger squares to act as colouring guides.  I realised that these are unnecessary steps and wouldn't bother with them next time. 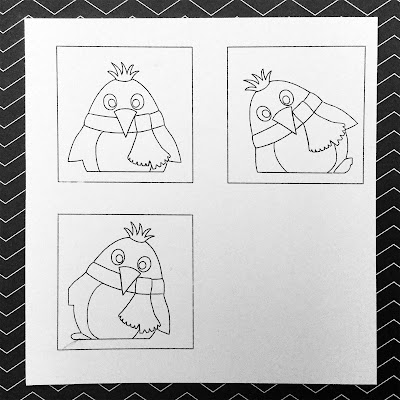 Colour the penguins with alcohol markers.

HINT: Heat set them with a heat gun if you haven't time to let them dry.

Add some sparkle to the scarves with glitter marker.  The sketch pens appear to be compatible with alcohol markers, but do test them out first if you are in any doubt.

Adhere the penguin layer to a square card base (mine was covered with red paper) and layer the frames on top giving some dimension with adhesive foam tape. With the addition of an acrylic sheet, the holes could easily be made into shaker windows (I wish I'd thought of that sooner). 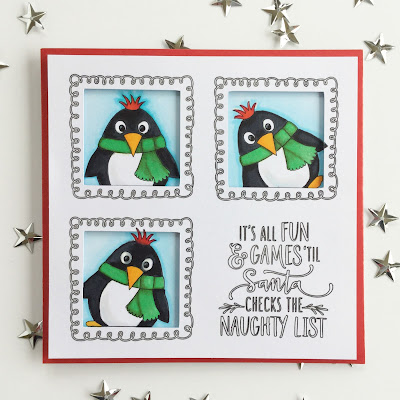 Add a little white to the penguin's eyes and the card is complete. 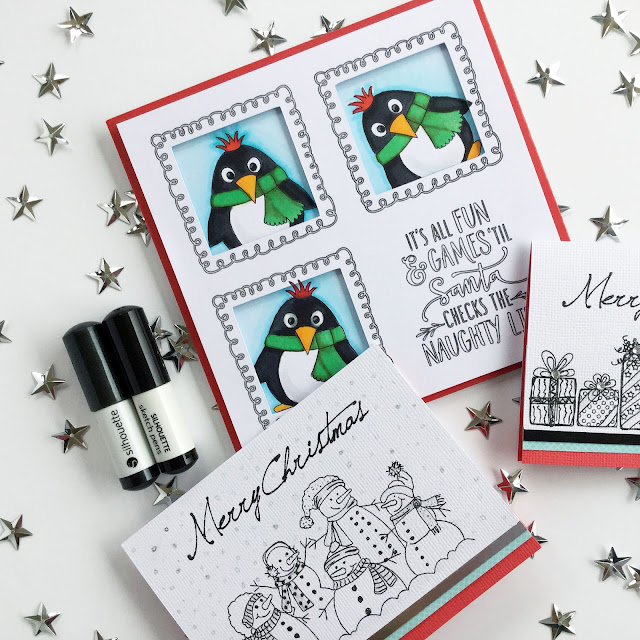 I hope that I've given you some ideas on how to make your own sketch pen cards. Why not share your cards on the Silhouette UK Facebook page?