Hello, Nadine here with a little video tutorial to show you how to convert any font you like into a stencil. This is needed when cutting out lettering from our paper, but when we want to keep the internal circles, called counters, in letters such as a and e.

I used the technique described in the video to edit the Lobster font, which is a free open source font suitable for creating editting.  The stencil version, called Stencil Silhouette UK is available for free download here .

Once downloaded and installed, it will load automatically the next time you launch Silhouette Studio.

How to Convert Your Own Fonts:

If you prefer written instrunctions to video, it's quite a simple technique.  You can use a simple rectangle to create a bridge by alinging it over the letter and using the subtract tool.  Similarly, the knife tool will also work.

My main tip is to spend a little time creating a 'cutter' shape that will work with the subtract tool. Once applied, there will be minimal point editing required as the stencil letter remaining will already be curved or angled in a consistent way for all letters.  An example of such a 'cutter' is the grey shape below: 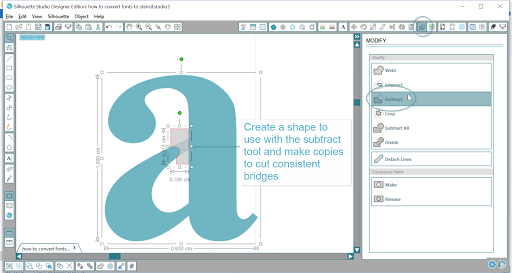 In addition to the free font, there are lots of ready-made stencl fonts available from the Silhouette Design Store.  Here is some examples when I filtered my stencil search for font cut types:

Other fonts to consider

Other fonts to consider are a style fonts that I think of as similar to rhinestones.  For example 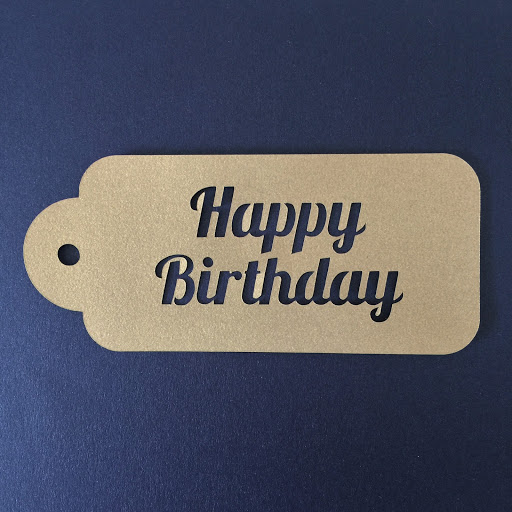 I'll be back next week to show you how I used this font in a stencil project to upcycle a tray that I use for my make-up: 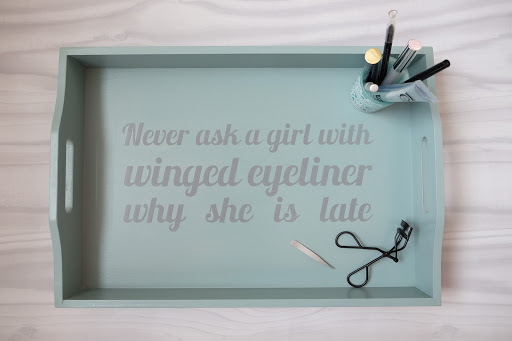