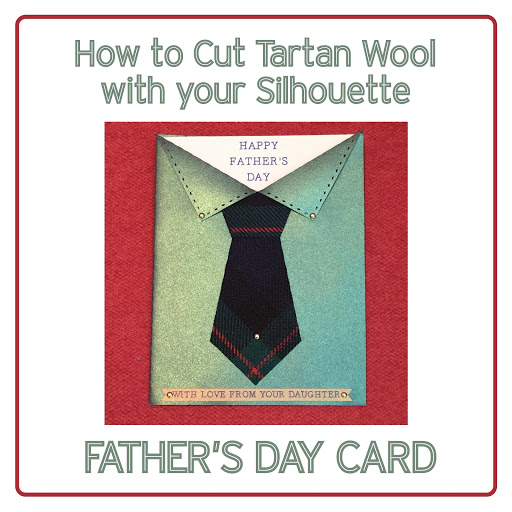 You can of course cut your tie using normal paper or card or fabric.  In fact, a cute idea that my friend has been doing is photographing fabric and loading as a pattern for print and cut.  I had some of our family tartan left over from another project, so decided to see if the Silhouette could cut it.  As it's a thick wool, I feared that a clean cut would be difficult, but it worked wonderfully, so I'm already plotting lots of cushions and interior design projects involving yummy wools and tweeds!

I used small ovals to create a stitched effect on the collar.  Replicate an oval sized 0.186cm by 0.08cm to create 11 identical ones and use the Space Horizontally option within the Align Window to make sure they are evenly spaced.  Once you have the top row, rotate a copy for the vertical line and then mirror to make the opposite side.

I used a pearlescent paper so cut with the standard Patterned Paper cut settings.


I used the clean cut stabiliser, but the sew version would work equally well.  Iron onto the wrong side of the fabric for just a couple of seconds and peel back the paper. 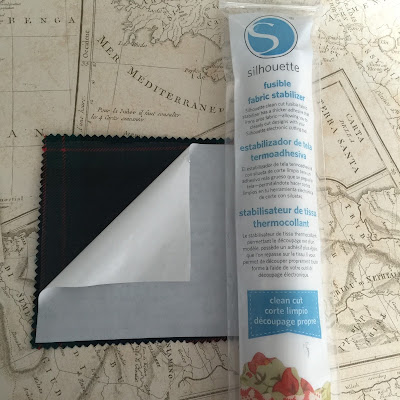 
As I wanted to cut my tie exactly aligned to the tartan lines, I used the PixScan mat. 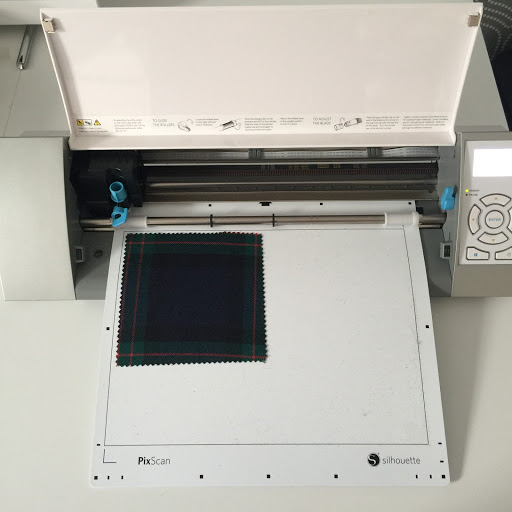 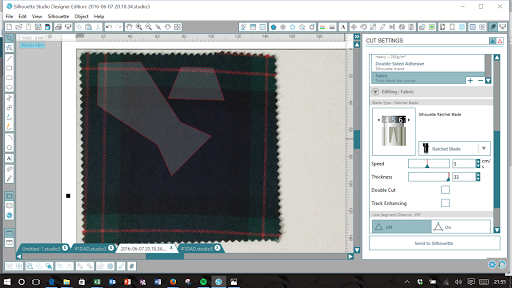 Cut using your fabric blade on a depth setting of 5 and thickness of 33.  If like me you hate waste, go ahead and add shapes for different projects to be cut also. You'll notice I welded the tie and knot and cut a second separate knot, I did this so that the knot would layer smoothly onto the one beneath.

I point-edited a rectangle to make a banner - see steps below:

I used Sketch Serif Font from the Silhouette Design Store (# 53543) in 15pt to write the message.  Sketch pens are quicker and easier for a small shape like this than print and cut, so I used a gel pen in the Silhouette pen holder.

This is optional, but I think a backing card makes the card look more luxurious and also gives you more space to add a sentiment.  I used 280gsm watercolour paper and made it just a few millimetres smaller than the card so the edges were not visible.  The message was written with the same Sketch Serif Font, this time in 25pt.

Fix the tie to the card.  As I used the clean cut stabiliser, I just went ahead and ironed it to the paper.  Fold the collar down and attach the banner at the bottom with glue or fix in place with mini brads.  I then used double sided sticky tape to attach the backing card and we are done! 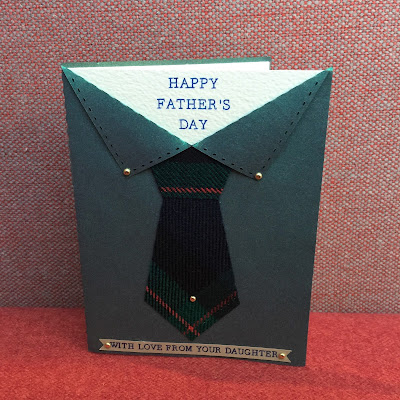 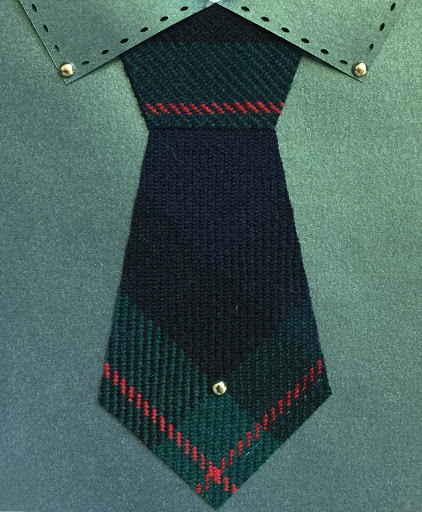 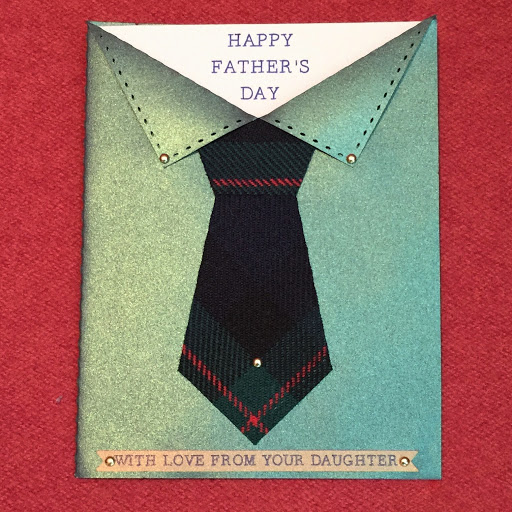 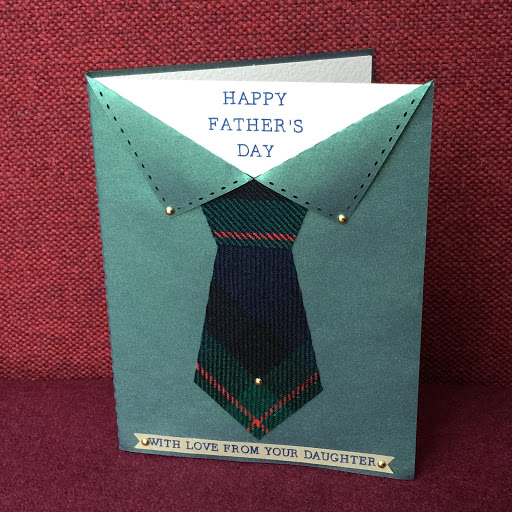