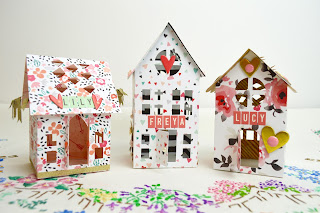 I've eyed up these designs for some time now and eventually couldn't resist the urge to have a go. I wanted to make three, one each for Lily, Freya and Lucy.

x3 12 x 12 sheets of patterned paper, I used double sided as I knew you would be able to peep inside!)
Embellishments
Double Sided Tape
Wet Glue (for the fiddly bits)
Small alphabet for names
Thin wire
Washi Tape

How I made them:

These are the designs I worked with...

Aren't they gorgeous?, even in plain white!

With each design I made them as large as possible without them falling off the edge of the cutting area. I didn't mind what size they cut, so no fiddly measuring. See the cut settings on the image. 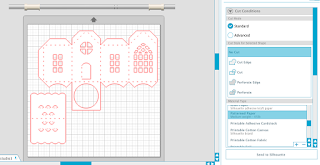 For the flaps of the houses I used double sided tape but for the base I used wet glue as it was a bit more fiddly. 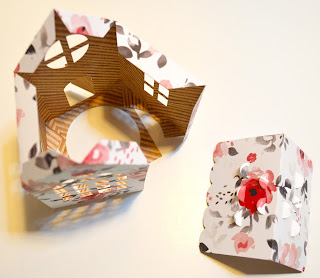 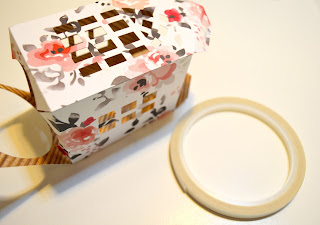 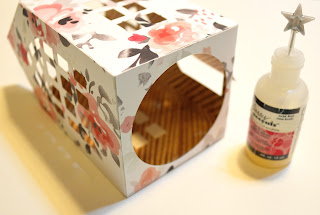 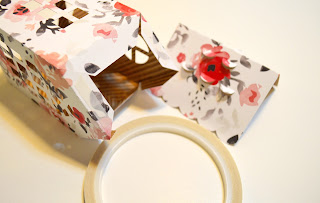 Now for lots of decorating, here is house one...
I added some a;phabet stickers, hearts and enamel dots for a bit of fun, including as door knobs. 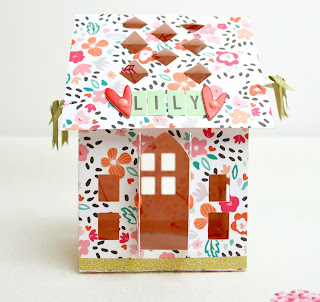 To make the bunting I cut the wire to size with a little overlap....
I folded the glittery gold washi tape in teeny sections and popped a fishtail shape on the end of them, lots of different lengths and widths. To attach it I used a needle to make a hole at each side of the roof, poked the wire through and bent it so that it would stay in place. HANDY TIP - assemble the bunting on the wire before you attach it to the house. 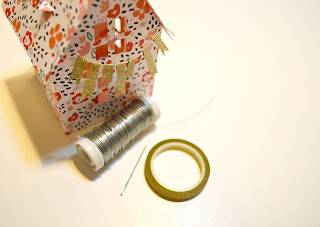 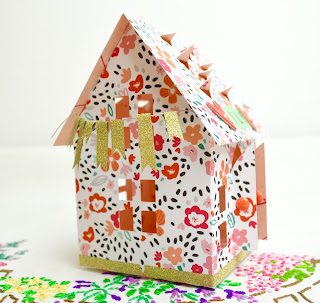 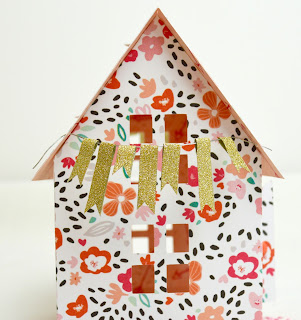 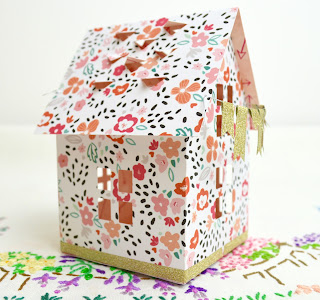 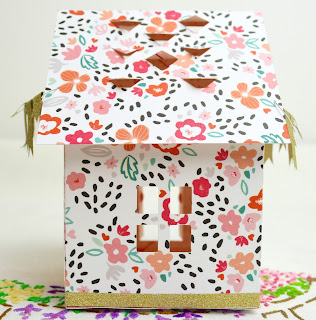 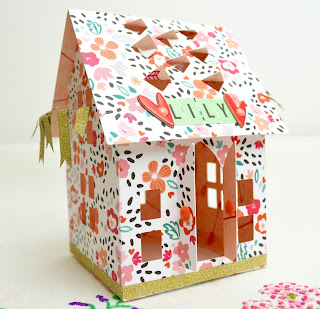 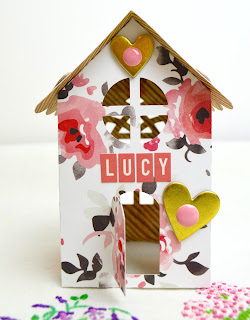 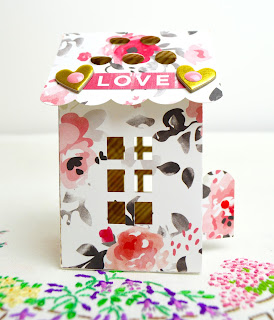 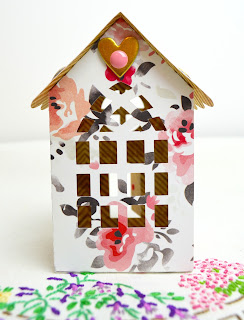 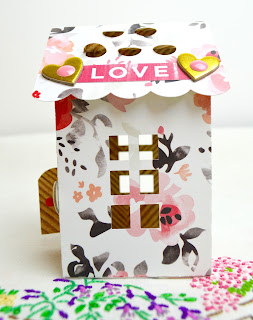 I fussy cut some of the flowers that were left over from the paper I used on house number two, to create a little garden. 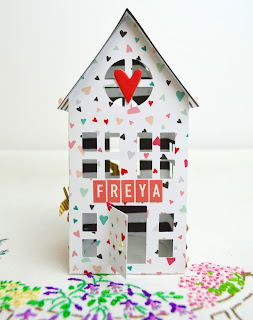 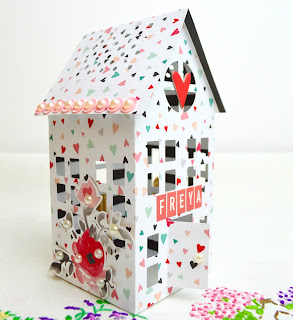 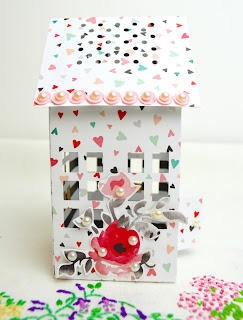 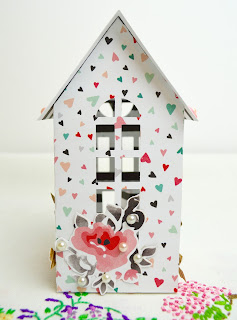 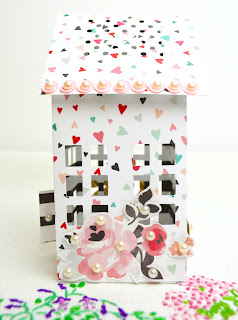 Another photo of the finished houses... 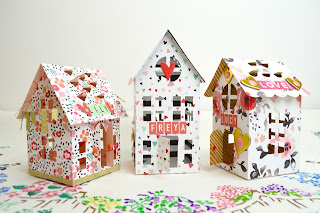 The title of the shapes says tea lights - VERY IMPORTANT - I used tea lights to take a quick photo of the houses lit up BUT DO NOT USE REAL TEA LIGHTS. They need to be the battery operated ones. 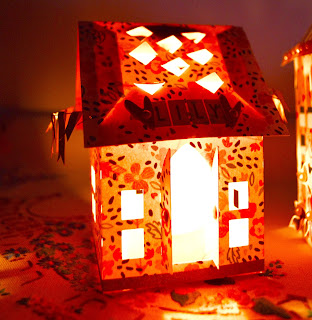 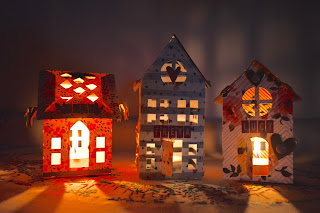 Aren't they adorable. So easy to make yet very effective. Have a go!