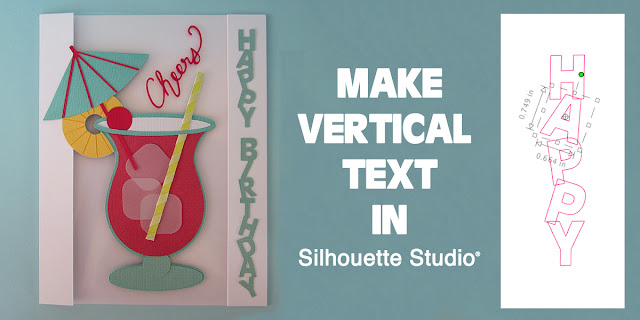 Hello again,
Janet here with my first new project with the Silhouette UK 2017/18 Design Team.
I love to add acetate windows to my cards, I feel it adds drama to an otherwise conventional card design. The card I've made today makes use of an acetate panel, a colourful topper made with Silhouette Adhesive Cardstock, and a happy birthday sentiment using vertical text. 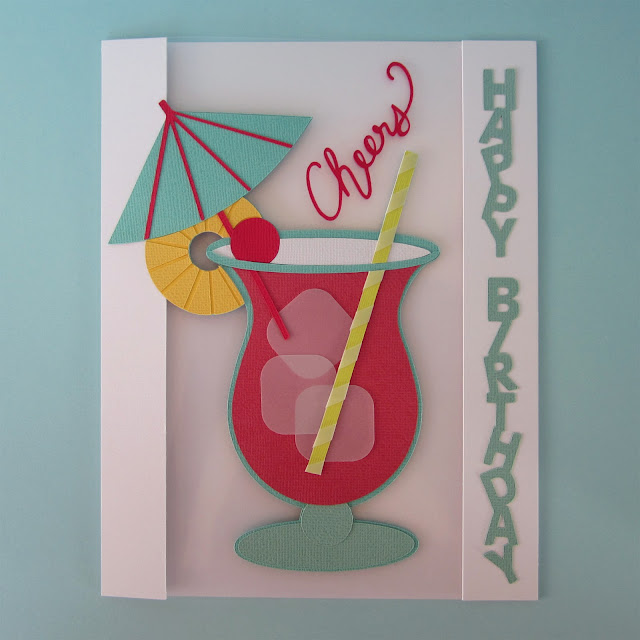 Ordinarily, when you use the Text tool, text is created horizontally. However, you can create vertical text by forcing each letter onto a new line.

Step 1: Click on the Text tool and the Text Style panel will open. Type text in a suitable chunky font. I used LW Bubble Letter. 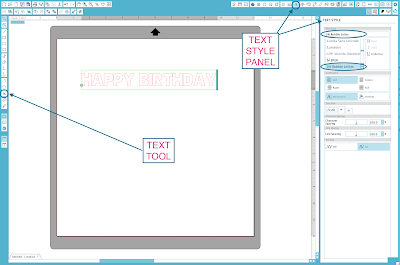 Step 2: Ensure text is highlighted so it is in edit mode (green box around the text).  Click on the thick bar to the right of the text and drag it to the left. Alternatively, place your cursor between each letter and press Enter/Return on your keyboard. Do this also if there is more than one letter left on a line. 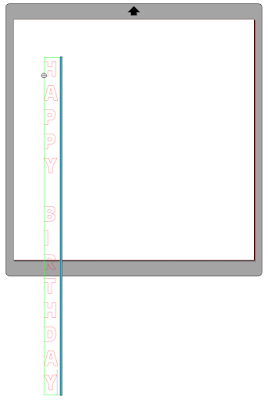 Step 3: In the Text Style settings, select the Centre option. 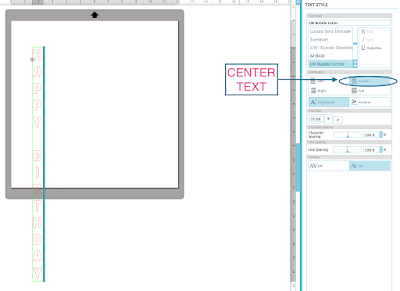 Step 4: Reduce the Line Spacing to bring the letters closer together. 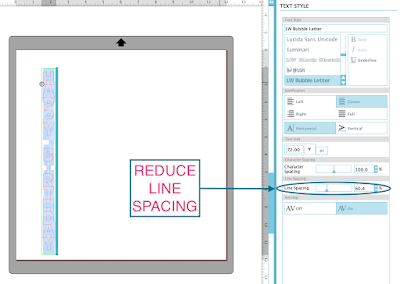 Step 5: (optional) Draw a temporary rectangle around the text to act as a guide for rotation, spacing and size.  Rotate some of the letters to give them a more irregular/bouncy look. To do this, Ungroup the text and by clicking on an individual letter, grab the rotation handle and move some letters clockwise, and some anti-clockwise. Adjust the spacing so that there is a little overlap on each letter. 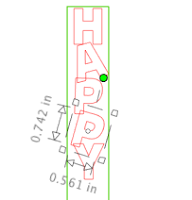 Step 6: Delete the guide rectangle. Weld each word together. Group the whole sentiment. Re-size to fit your project. 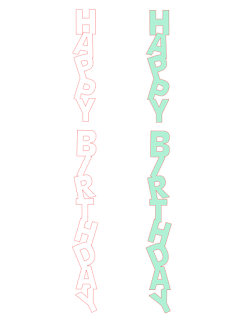 TO MAKE THE CARD 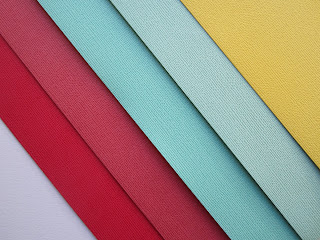 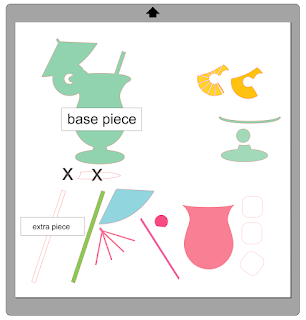 This makes a effective card with no trace of stray adhesive. Even the inside of the card is neat with no additional effort required. 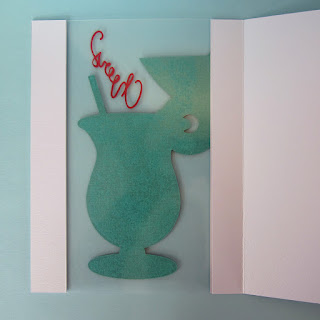 The Silhouette Adhesive Cardstock makes it super easy. I hope you'll try it. 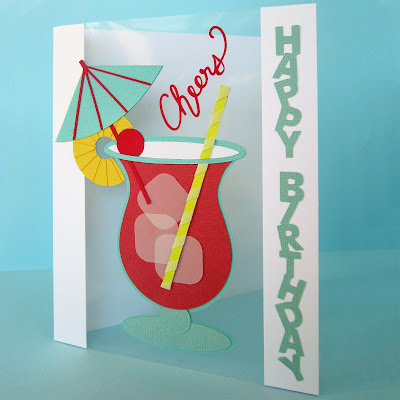