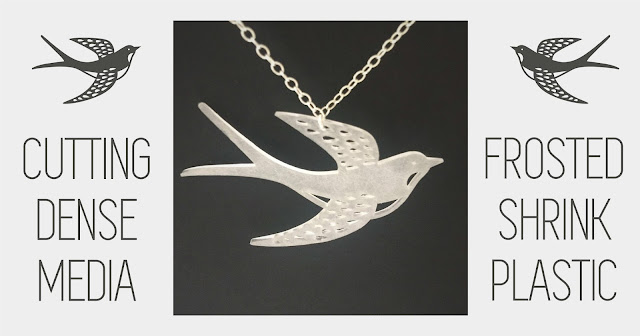 Hello Nadine here with a tutorial to show you a technique that can help with cutting very dense or hard media.

If you've not played with shrink plastic before, it's really fun.  You start with a sheet of plastic that looks like regular acetate, draw and cut out your shape and then pop it in the oven.  Then the magic happens, it shrinks to 7 times smaller, yet 7 times thicker!

Here is a before and after comparison of a design I made into little earrings: 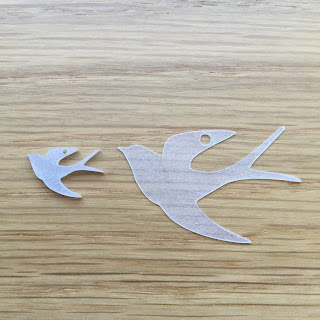 It is marketted for kids, but it has some lovely applications for grown ups too - such as the pretty swallow necklace and earrings I made with the help of my Cameo.  Other uses include keyrings, bespoke buttons, sun catchers and christmas decorations.

The problem with Shrink Plastic is that it is incredibly dense and difficult to cut.  Indeed, many bloggers use it as the litmus test for cutting machines.  I've used the learnings from my blade tutorial, along with a pretty cool Marquetry video from Brian at Graphtec to manage it though :)

The brand I used is called Shrinkles, it's like Shrinky Dinks but more readily available in the UK.  Silhouette have their own brand coming very soon and I'm bursting to try it!  As soon as I can get my mits on it, I'll be back with a blog post and comparison!

STEP ONE: Scale your Design

As your shape will become smaller and thicker, you need to compensate and make your design larger.

The shrinkage by 7 times actually refers to the area, so this equates roughly to a third smaller by width and height.  I find the easiest way to scale your shape is to make it the size you want after it's shrunk and then scale to 264.5% as below:

Top tip
You won't be able to make holes once it's shrunk, so make sure to add scaled up ones before you cut.

You can decorate the Shrink Plastic with colouring pencils, stamps or permanent markers.  Of course you can decorate freehand, but I used the Silhouette pen holder with a silver metallic marker to write text and sketch some designs onto the plastic.  There is a gloss and rough side of the plastic - you need to draw on the rough side.

Top tip
You need to draw on the rough side, but if you right-click and select 'Flip Horizontally', you'll find your pen will show up more clearly on the gloss side.  Illustrated in the photo below: the left-hand star had the text flipped and is glossy side up, whereas the right-hand star, I did not mirror the text and it is rough side up. 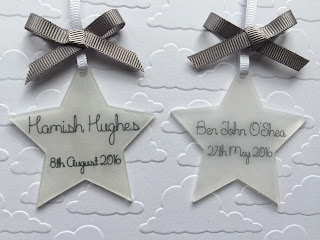 I watched a review in which the person tried to cut Shrink Plastic with a deep cut blade exposed to the maximum setting.  This is a mistake!  Let's refer back to my blade tutorial and our number one rule - use as little blade as possible.  The plastic isn't thick like craft foam, so it doesn't need a deep cut blade.  Instead, it's dense and the blade can't cut through the media in a single pass.

The trick is an approach that Brian uses when making marquetry with the Curio - we do lots of passes, gradually increasing the blade setting as it penetrates deeper and deeper, finally cutting all the way through.


Top tip
Don't unload the mat between passes, this will ensure that the cut will be in the identical position.

At this point your shape should be fully and cleanly cut.  If not, just keep going - softly, softly catchy monkey!

One of the things that sold the Cameo 3 to me was the automatic blade.  Instead of setting the blade manually, the Cameo 'punches' this special blade to the setting that you specify.  Not only is this handy and saves time, it means you are less likely to knock and damage the blade.

I duplicated the shape several times in the same position, giving each copy a different line colour.  Then, in the advanced cut settings, by line colour, I applied the user defined settings I created for shrink plastic (autoblade, thickness 33, speed 5, blade varying from 1 to 4).  This allowed for the whole process to be automated. 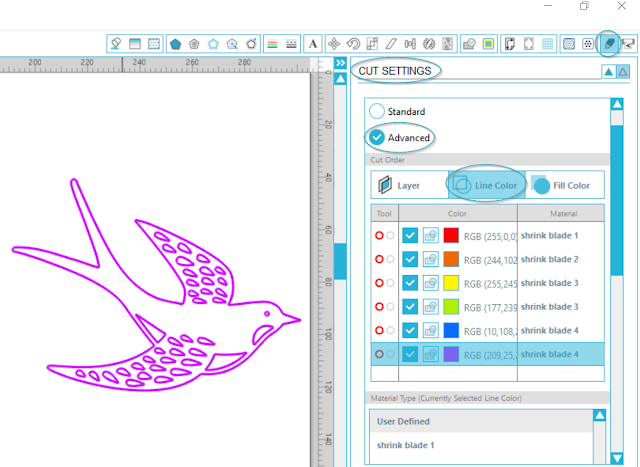 Top tip
Even if you don't use the auto-blade or the advanced cut settings, the Cameo 3 has a simple but really handy 'Repeat Job' function once a job is finished - I love it and use it lots when making lots of replicated designs.

Here is the shrink plastic before it went in the oven: 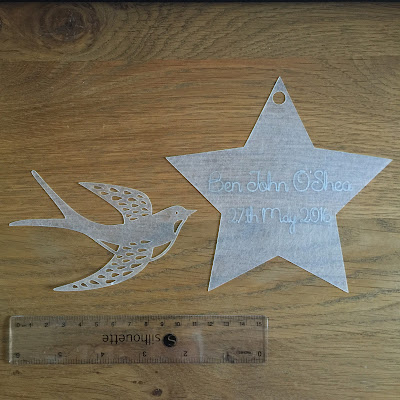 I baked at 175 degrees centigrade for a few minutes. You can also use a heat gun if you'd rather.

It will distort and curl up in an alarming fashion, but don't worry, it'll right itself and lie flat, indicating that it's done. Remove from the head and allow to cool.

Here are the shapes now they have shrunk: 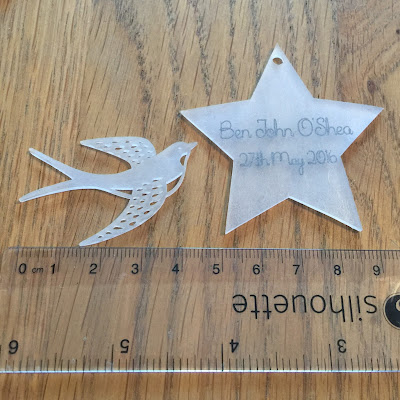 I slotted a small jump ring through one of the feather holes on the swallow's wing and then threaded a silver chain.

I found it quite hard to photograph, as it glows in a very pretty way when the light passes through, but trust me, it 's really charming in real life. 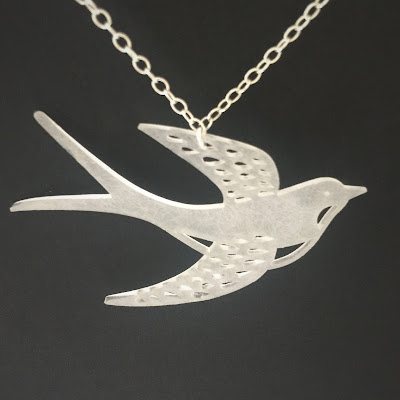 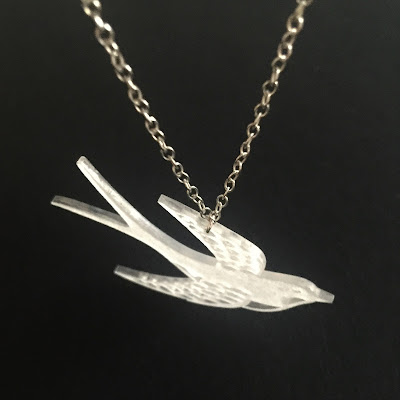 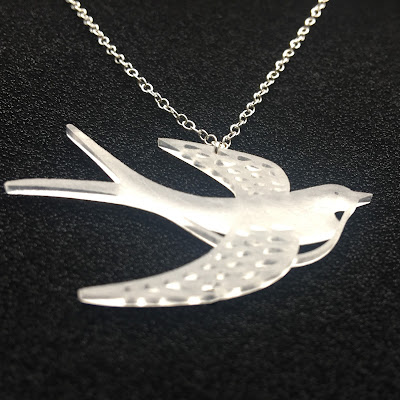